The reality TV favorite rose to fame in 2018 as a contestant on the ITV2 program – in a relationship with Adam Collard.

Brunette bombshell Rosie, 30, has revealed the huge amount of effort she went to before Love Island to look her best.

Although she was only in front of the cameras for several days, she racked up a bill for thousands of pounds in court proceedings.

She said OK! magazine: “I applied for the show at the end of April and within 24 hours the producers called me saying they were interested in my application.

“I needed to prepare for this possibility – so from then on everything I did was with Love Island in mind.” 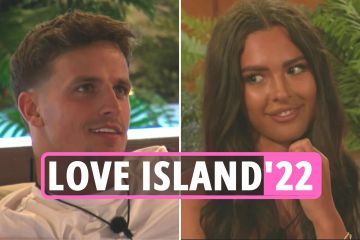 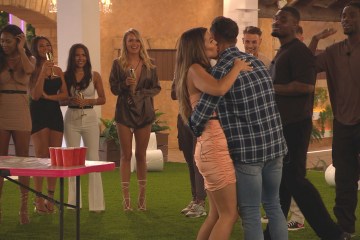 The star admitted that she has stepped up her exercise routine and started going to the gym every day, while opting for a healthy diet.

She then turned her attention to the “beauty prep” she felt was needed before a potential eight weeks in the villa.

“I bought a portable laser hair removal machine,” Rosie admitted of her first purchase. “I used it every day on the approach.”

Rosie also made an appointment at her local beauty clinic to stock up on ‘lip filler’ – before heading out shopping for ‘the perfect bikini’.

After it was confirmed a few weeks before the show that she would be flown to Mallorca, she then booked another round of treatment.

“I spent what time I had left getting pre-bonded hair extensions, semi-permanent lashes, and nails done,” she explained.

Rosie concluded that she “regrets” spending so much money on cosmetic work before the show.

Read all the latest Love Island news, gossip and exclusives

In 2019, Rosie stunned her fans by ditching her makeup and revealing her natural freckles after removing makeup.

While the star had used a lot of glamorous make-up in the villa, she flipped on her look after leaving the show.

She also spoke of the pain caused by the death of her sister.

The reality beauty opened up about the agony she feels “every day” after her brother died while she was in the womb with her.

The star, who shot to fame on the ITV2 show last summer, took to Instagram to reveal her daily grief over the loss of her twin.

She made the shocking revelation during a Q&A on the social media site.

She shared a poignant image of a baby with wings, alongside the caption: ‘Not all twins walk side by side, sometimes you have to fly.’

Responding to a question from a fan who wrote: “Do you have twin brothers or sisters? Rosie replied, “I was a twin myself. Unfortunately, my mother lost my twin sister and I still think of her every day.

During the Q&A, Rosie also talked about her boyfriend Wayne Davies.

She said she didn’t go to Love Island for fame, but signed up for the show looking for love, adding “I didn’t know I would find it soon. time later”.

However, The Sun has exclusively revealed how businessman Wayne is currently awaiting trial for causing the death of a Navy recruit by reckless driving.